For those who have sacrificed some minutes to read this short Newsletter, we are truly grateful.  Life is so hectic, so busy; and each one of our lives has such intricacies that are so important, so these days, even to give up a few minutes is not a light thing.  We have been living in Southern Africa for over 10 years now, before that we were in Eastern Europe for 4 years; and one thing I can truly say is that it is such a privilege to serve God.  Pr Schaller has said that Missions is the world’s best kept secret.  Many people think that it is a sacrifice to go to a foreign land, leave your family, embrace a new culture, and suffer for Christ’s sake. While many of those things happen and suffering happens; at the end of the day there is a deep satisfaction that you have impacted the kingdom of heaven in some shape or form.  And while that is possible in any place and at any time, we still have to make the choice to do it. We make a conscious decision to say,”Not my will, but your will be done.”

Two stories and a prayer request.
For almost the whole month of February we had a visitor join our team; her name is Ellen.  She is a working woman who owns a business in the US that also said, “Not my will, but your will be done.” She visited us, joined our schedule, and ministered in her own capacity.  She welcomed people into her sphere of influence and befriended people in our ministry circles.  As she left, she gave a testimony of how she felt that rather than her touching people, that she was touched by people.  This is what God intends with missions: mutual benefit.  Christ said it is more blessed to give than receive; Paul says that he will rather spend and be spent for people and that every joint supplies in God’s family. What Ellen did was an “evangi-cation”(Evangelism vacation).  What a great way to spend airline miles, vacation days, and free time, and have it be written in heaven. 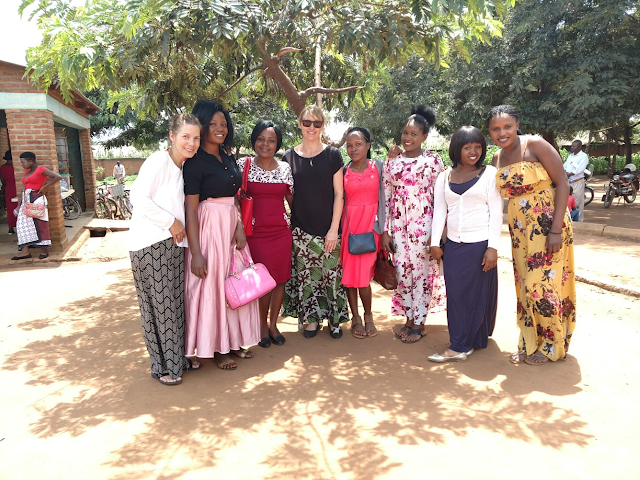 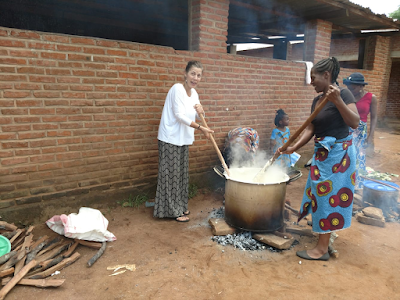 The second story also illustrates the idea of “every joint supplying”.  A year after getting married, Julie and I joined the new missionary team to plant a church in Zambia.  We were there for 2 years and returned to the US because Julie was pregnant with our first child. Three years and a second child later, we found ourselves settling down.  I was working 2 jobs, we were making a home for our family, we were faithful in our local church; but there was a longing (nagging even) in the depth of my heart of saying, “isn’t there more?” I think God always loves this questioning because He always answers Yes with Himself.  As I was working at the airport, I met a man from Malawi who I proceeded to check in for his flight.  Since we had lived for two years in Zambia and knowing that Zambian and Malawian languages are similar, I greeted him with “Muli Bwanji”(How are you)? He was taken back at my knowledge of his language and I told him how I lived in Zambia.  It turned out he was a pastor living in the US for a season.  I confided to him my inner longing to be back in Africa, and he simply encouraged me in the Lord.  He said something like this:”If it was God’s will for me to be back on the mission field, that God would do it.”  What he said really wasn’t the issue so much, just the fact that God had allowed me to speak with an African believer who just encouraged me as a brother in Christ.  That encounter has always stuck with me; and as our history went, we ended up moving back to Zambia, then Malawi with our whole family fulfilling his encouragement.  Even when starting Bible College here in Malawi, I always have encouraged the students with how God used a Malawian man to encourage me.  This in itself is an amazing story, but with God it always gets better.  I received a message on one of the social media sites of a name I recognized: it was Rabson’s, the man I met 12 years ago at the airport. He had recognized me, even better he had reached out, even better he had moved back to Malawi and is living in the same city, even more he has been back for 3 years and we have possibly crossed paths without knowing it, and even better one of our Bible College Graduates attends the same church as he does right down the street from our church – Incredible!

Now the Prayer Request.
I plan to visit him this next week.  I know God does everything for a purpose and I know it will be a continuing of a great story.  Please pray for that meeting. Every joint supplies!

Other Prayer Requests.
• MalawiCon is coming up after the European Conference.

• Church Land.  The piece of land we found is currently being vetted by our lawyer to make sure it is legitimate. We have raised half the money for it and hope to raise the rest once it is fully vetted.


• Missions: Pr Matt and Lisa Sliva are doing missions trips biweekly to Salima in the East with Felix and Betty. A church will be there soon. Pr Albert and Mclean Ntalasha are praying about a new church plant to the West. And Jervis is continuing to go to the North to the city of Mzuzu bimonthly for a future church.