*Finally getting to update our Blog page. If you don't receive our monthly newsletter and you would like to, please email us and we can add you.


It has been quite unique learning how to live in this current climate.  As we began our new Bible College year’s Registration, this verse kept coming in my mind: Matthew 3:15 – “…Suffer it so for now…”.  John the Baptist didn’t feel worthy to baptize Jesus Christ, but rather than argue, Jesus did what He always did so well, gave a perfect, simple answer. This is what He gives us in these strange days, and His simple answer quiets our uncertain hearts: Suffer it so for now.

We held our registration outside in 4 waves of people.  Our plan is to do all classes online by Whatsapp by having our teachers record their classes and then have the students listen to them.  By God’s grace we will resume live classes by the end of October.  It was amazing that in spite of it all, we had 160+ registered students. 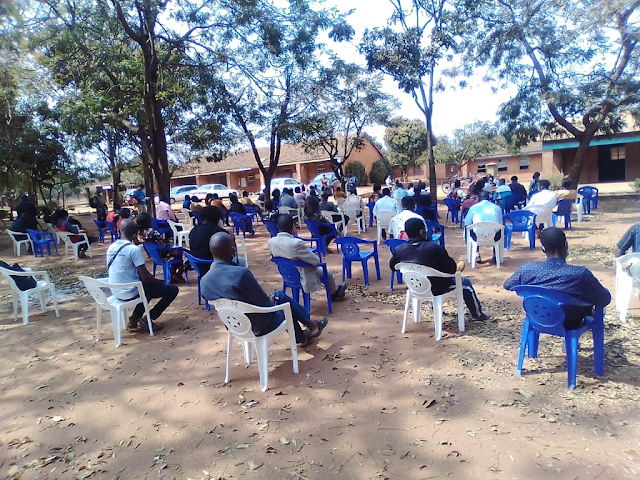 A week after the registration, we also held our graduation.  The Malawian government has made an exemption for churches to continue as long as there are 100 people or less. Our Bible College fit into that category.  We had the grace to comply with all the government requirements and still be successful. We did 3 ceremonies: degree, diploma, and certificate.  We took everyone’s temperature, had hand washing stations, required everyone to be masked, only allowed each graduate one guest, and had a closed door ceremony with 70 people or less.  My father was the guest speaker and like a champ, spoke three messages for all three ceremonies. God faithfully answered our prayers, the ceremonies were anointed and graduates were blessed. 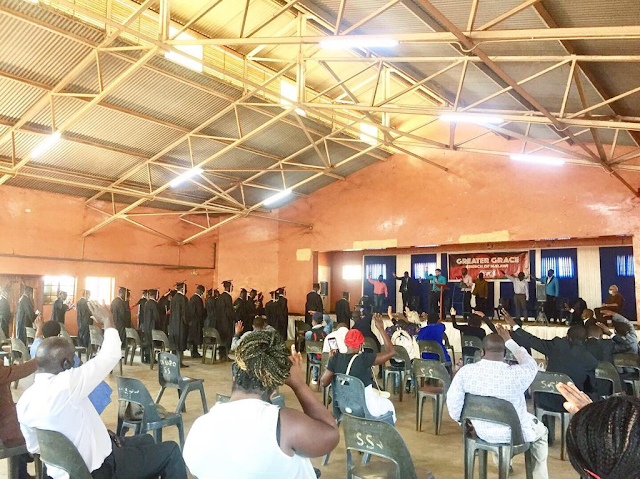 The way to the Malawi/Zambia border is a peaceful route through cornfields and small villages, but what we were attempting was something closer to an episode of a spy thriller action movie.  Our task was to try to get Pr. Renaldo in Malawi when the country was not receiving tourists. As Pr. Yami and I got in the car that would take us to the border, we had a glimmer of hope that God would open doors for us.  What we saw was that God uses people to open His doors.  Pr. Renaldo was doing a tour to visit the churches in Eastern and Southern Africa for much needed encouragement after being shut down because of the pandemic. As Pr. Renaldo was approaching the Zambia/Malawi border town, we had a few hours to be the spiritual John the Baptists and prepare the way for him to enter, each step was miracle after miracle.  Lyton Kalua, one of our Deacons, had a childhood friend that is an officer in the immigration office.  We started by calling him.  We said that the visiting pastor was part of an "essential service" to encourage the church.  Thus began a 7 hour process to get Pr. Renaldo into Malawi.  We met with the head immigration officer at the border post.  We connected him to Deacon Lyton's friend.  After a few hours we finally welcomed Pr. Renaldo through the Zambian border but still not able to get into Malawi.  We were told that there had to be permission given from the Head Immigration Office. As we sat for almost 4 hours at the bench just outside the head border officials office, the door cracked open and the officer informed us that if we could send pictures and complete forms the visa would be out.  Just as he was leaving for the day, a message came into his phone informing him that Pr. Renaldo was approved.  He quickly signed his name and stamped Pr. Renaldo's passport.  I reached into my backpack and brought out a brand new Bible.  "This office could use a new Bible, don't ya think?"  The immigration official nodded in agreement with a big smile and received the Bible - Pr. Renaldo was in!!! Not only was he in, but his Tourist Visa was the first one since the Pandemic began.  Pr Renaldo spent about 5 days with us but it was packed: a midweek service, 2 Leadership meetings, a Wedding, and a joint Sunday service with our 4 Lilongwe branches.  As quick as he came was as quick as he was gone, what remained was another testament of the hand of God. We saw clearly that God is in control of even minute details.  We know it in theory, but again we saw it in practice.
Since then we have sent my parents back to Baltimore, reopened Bible College, and began rebuilding the church member by member.  Pr. Renaldo's messages were so timely: it's time to walk with God, whether it be in a mountain or valley, we can have His mind for whatever situation.
- October 31, 2020