- October 27, 2012
On our past bus trip to Malawi we announced that Greater Grace Church provided the entertainment on the bus freely; we then proceeded to show them “Fireproof “ and “Courageous” (The Christian films from Sherwood Bible Church). Fireproof was very effective. People were overwhelmed with the story of self-sacrificial love in a marriage. Many asked us for copies of the films. Our time in Lilongwe was no different, God breathed on our every word. We met with our brethren there 3 different times: two times outside in front of the Post Office and the third at one brother Clifford’s house. Each time we were amazed at people’s hunger for the Word of God. We spoke about Grace not being just a characteristic of God but encompassing His entire nature. 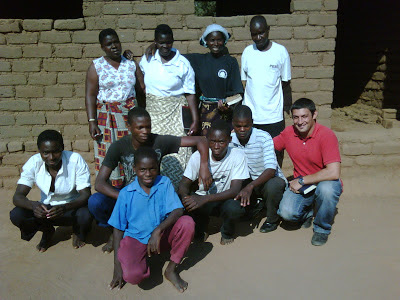 Livingstone Trip
The other memorable occasion was the arrival of Pr. Scibelli for his trip here. What was particularly branding was seeing the same Clifford whose house we had visited a week earlier now visiting us here in Lusaka and experiencing Body life. Every October we do a men’s leadership conference. This year was amazing because we brought 30 men (along with my family and the Speedy’s family) to the 4-month-old Livingstone church. Clifford was sponging all the life that he could from Pr. Scibelli and the Zambian leaders.  All in all, Clifford spent a week and a half here in Zambia; but the eternal value of the fellowship…priceless.
Church of Livingstone 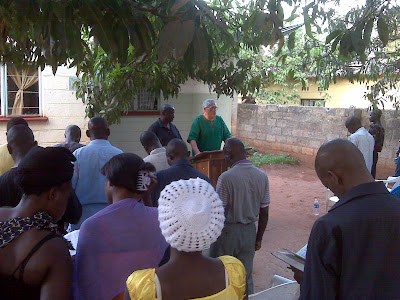 The 3rd memorable occasion was on a sad note, but glorious nonetheless.  A few weeks ago we lost a young man and heaven gained him. He had conviction, focus, and divine love. God brought him home. His father died last year and he followed at only age 17. The night he died, his last words to his Mom were to keep going forward, keep attending church, go to the South African conference. He said, "I will be fine, I am going to see my Dad..." A few minutes later he stepped into eternity. His name was Zienzo Kunda. His mother and two sisters who are left behind were full of faith and so strong. The funeral was incredible; I think it was the most anointed funeral I have ever attended. Usually Zambian funerals have a lot of commotion involving drinking at the gravesite and other distractions. There was none of that. Over 400 people attended, 300 of which were his fellow students. I was amazed at what an impact his life had, and to us he seemed quiet and shy. I am overwhelmed, what a precious young man, what a Savior that transforms us.

Lastly, there was an incredible divine appointment, the kind that you have few times in your life. The world calls them coincidences, but God has a purpose for them. The other day I was with my family in the local Supermarket, and from a distance, I saw a man with a Zeke’s Coffee T-shirt (from Baltimore). I began to walk over to him and introduce myself as a fellow Baltimore native. Instantly I recognized him and my brain began a deep search from where we had met each other. Then I remembered, we were in the same Biology class in Baltimore Community College 10 years ago. Not only were we in the same class of about 30 people, but we were Lab partners as well. I recalled even witnessing to him. We exchanged phone numbers and he told me he has been in Lusaka for 6 years.  We must have past each other a number of times in the last 4 years that we have been here. I was overwhelmed because a little over a year ago Dave Petersen (a great friend from Baltimore) also met a fellow classmate that he hadn’t seen for 10 years while visiting here in Zambia. It also was a few stores over. It seems like Lusaka is haven for former classmates or even more so, that God is a God of the miraculous.

Pr Scibelli with Callia and Poema-Oct 12 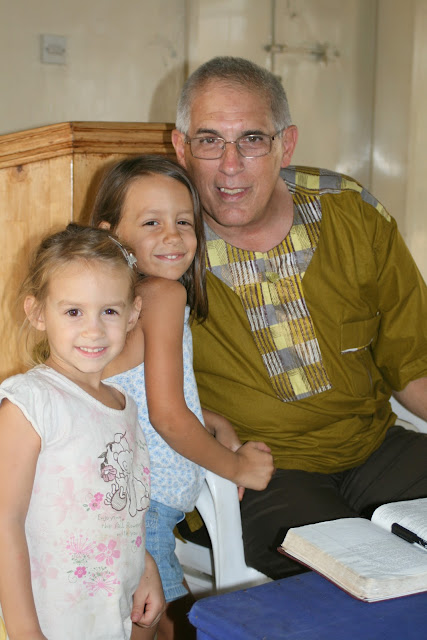 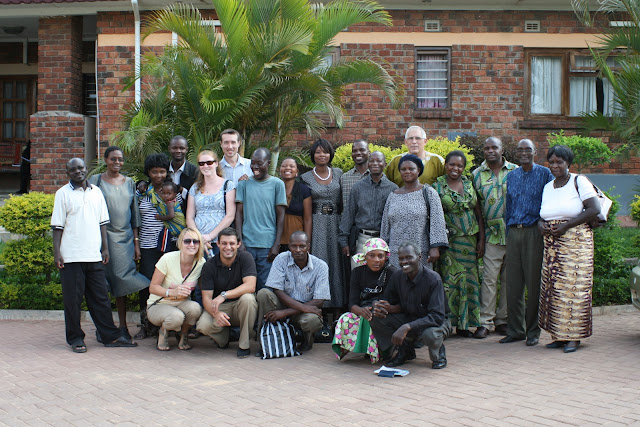 Popular posts from this blog

Why sit we here until we die? 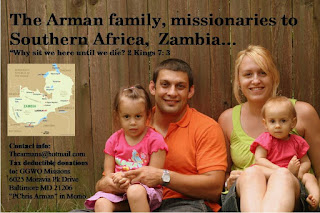 In 2 Kings 7 God gives an incredible story of 4 lepers who are in the impossible situation ofbeing surrounded by the enemy without food on the verge of death.They asked themselves the question, “Why sit we here until we die,” and then they walked into enemy territory either to their death or any good graces of their enemies.What they found was far greater; God had driven their enemies away for them to take the spoil.This is a lot like our lives.Everyday we venture into enemy territory with precious seed, but we find that the battle is already won and we just walk in a path prepared before us by God.
We feel that God has spoken to us to go back on the mission field after three years of being back in Baltimore. With two new team members, our two daughters, we are planning to return to Zambia with a goal to encourage the body there and visit surrounding countries for possible sites for future churches.
This past April I had the privilege of attending the first four-year graduation of Gre…
Read more

From Africa to Europe trip May/June 2017 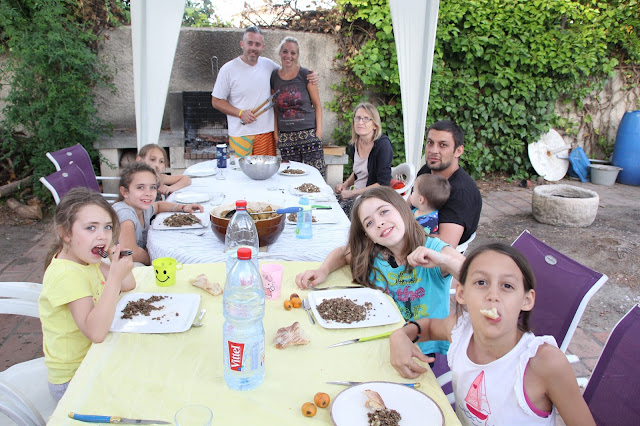 ON our way to America from Malawi we had an extended lay over in France, my home country. We visited my family and home churches in the southern part in Montpellier and Nimes. 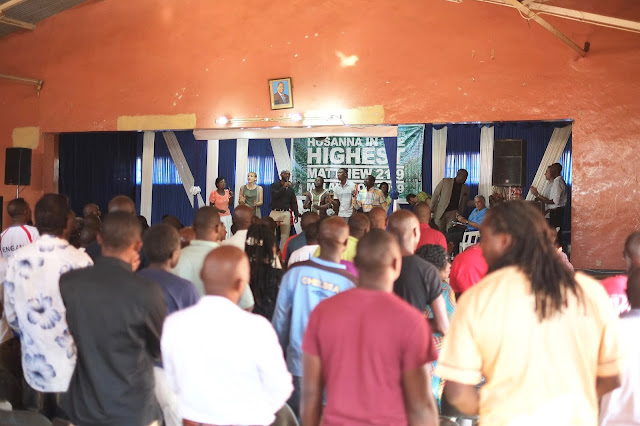 We wanted to thank all of you for your thoughts and prayers for our regional conference this past week. We asked for the event to be bathed in prayer and it was felt behind every detail.  As with anything, the more one does something; the more one improves.  This was our 2nd year holding the our regional Conference in Malawi and we definitely improved in a number of areas.  In the lead up to the conference we could see that it was going to be amazing.  We felt opposition, but it seemed a lot like a mosquito nipping at our heals.  For example, the night before the conference began, we were bringing our pulpit and other supplies in to prepare the hall.  Upon arriving we saw a large truck removing almost all the chairs.  After questioning the driver, we found out that the government requested the chairs for a political event.  That meant that we would have to rent chairs as an added expense to what we had already paid for the hall.  The problem was that the rental of the hall included th…
Read more

Behind the scene of transition 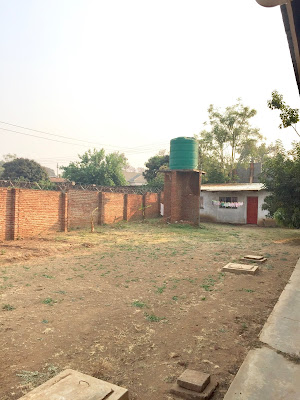 As we adjust between 2 very different countries and cultures, our 2 worlds tend to conflict a bit. The transition and adaptation can be different and shorter as the years go by and I’m learning to trust God in the process. He has called us to this life after all.
What you can expect to be done in an instant in a first world country can take days even weeks here. What we can take for granted there we see it as a great blessing here. Just listen to my kids or look at them when the power goes out in the evening and it’s like our new normal now, no one reacts or cries, “just light the candle”, or “just wait a minute dad will hopefully turn the generator on!” And then when the power comes back and everyone in the house is so excited. And then when the water comes back on after a few days off or when we find something at the store that we have never seen here before and it’s there!

What you are so used to have and then it’s not there anymore. When you are used to walking down the street …
Read more